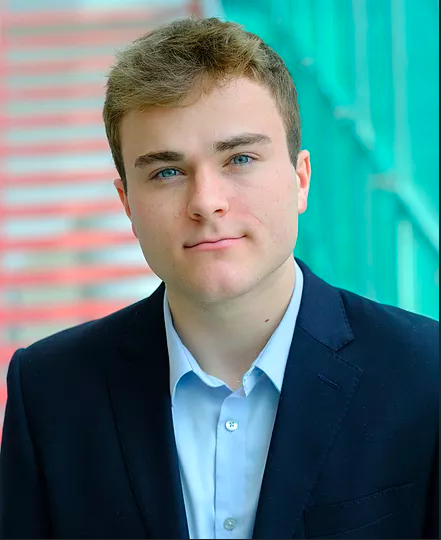 Alistair Coleman is a young composer from Washington, DC. Recently, he was appointed the Composer-in-Residence of the National Philharmonic Orchestra and Chorale for their 2017-18 season. In this position, he received two commissions from the ensemble that were premiered at Strathmore Hall. His music has been programmed broadly, including commissions and performances by “The President’s Own” United States Marine Band, Atlantic Music Festival Orchestra, Maryland Classic Youth Orchestra, Houston Brass Band, Boston University Marsh Chapel Choir, Takoma Ensemble, National Cathedral Choral Society, and musicians from the Baltimore and National Symphonies, New York Philharmonic, American Brass Quintet, and the Minnesota Opera Orchestra. Current commissioned projects include a micro-concerto for violinist, Soovin Kim, and the Burlington Chamber Orchestra, and a concerto for Grammy-award-winning cellist, Zuill Bailey, to be premiered during the 2019-20 season.

With three published works, Alistair is the youngest composer ever published by E.C. Schirmer Music Company in its one-hundred-year history. He has received awards and honors from ASCAP, American Composers Forum, and the National YoungArts Foundation. Alistair was featured on the National Public Radio show, “From The Top” with Host Christopher O’Riley in 2018.

BECOME A SUSTAINING MEMBER OF MUSIC-COMP AND KEEP THE MUSIC ALIVE!

For just a few dollars per month, you can help ensure students will be writing music with Music-COMP for years to come. With your support, students throughout Vermont will continue to see their music come to life!